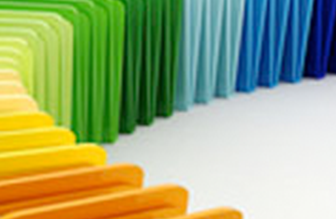 By making IT systems less likely to fail, and by making server restoration substantially faster, virtualization enables businesses of all sizes to reduce the cost of downtime — in terms of lost productivity, lost sales or damaged reputation. Given that most have limited disaster preparedness, virtualization can act as an important insurance policy. Increased server utilization and consolidation is a primary benefit of virtualization. However, virtualization can also help IT departments spend less time on routine administrative tasks, enabling them to be more responsive to business needs. Lynbrook and VMware will assist your team in selection and best practices that produc a sound and manageable Virtualization Infrastructure that fits your business.

Can Virtualization Work for You?

Companies considering virtualization should consider the following four steps to get started:

1. Talk to a Lynbrook Systems Architect about the benefits of virtualization and learn best implementation practices.
2. Conduct an ROI analysis using a free online tool, such as the VMware ROI calculator.
3. Use free tools to get started, such as VMware ESXi, VMware Converter and VMware Go.
4. Start slowly by virtualizing smaller application workloads, such as file, print and web application servers, to become comfortable with virtualization before tackling more critical line of business apps and database servers. In the end, most, if not all, of your server-based application workloads will be great candidates for virtualization.

The key virtual networking components in a Virtual Infrastructure are virtual Ethernet adapters and virtual switches. A virtual machine can be configured with one or more virtual Ethernet adapters. Virtual switches allow virtual machines on the same host to communicate with each other using the same protocols that would be used over physical switches, without the need for additional hardware. They also support VLANS that are compatible with standard VLAN implementations from other vendors.

Other things to consider:

Virtual switches are similar to modern physical Ethernet switches in many ways. Like a physical switch, it maintains a MAC:port forward table and performs frame destination lookup and frame forwarding. It also supports VLAN segmentation at the port level, so that each port can be configured as an access or trunk port, providing access to either single or multiple VLANs.